Disney Infinity Wiki
Register
Don't have an account?
Sign In
Advertisement
in: Phineas and Ferb, Tools, Character Chests,
and 3 more

The Baseball Shooter is a tool that appears in Disney Infinity. It is Phineas' default tool.

The Baseball Shooter is a device Phineas and Ferb created that was designed to launch a baseball and wirelessly control it as it shoots through the air. In its first appearance, it was used for a playful sport in "The Chronicles of Meap". Later, it taken control of as a weapon to destroy the Norm Bots with their other inventions in Phineas and Ferb The Movie: Across the 2nd Dimension along with its video game counterpart. The Baseball Shooter is also brought into Disney Infinity by Phineas, and can be unlocked by one of his Character Chests for the rest of the playable characters to use. It resembles a gun with a baseball glove in place of the muzzle.

Phineas with the shooter.

Phineas with the shooter. 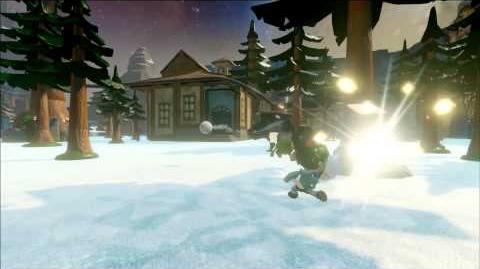