The Beastly Bike is a Toy that appears in Disney Infinity 1.0 as a green bicycle, and originates from Monsters University. Unlike Ground Vehicles, it cannot use Vehicle Weapons and is not available in the Toy Box. It costs 1500 tokens. 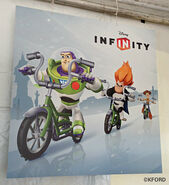 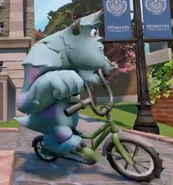 Sulley doing bike jumps.
Add a photo to this gallery

Retrieved from "https://disneyinfinity.fandom.com/wiki/Beastly_Bike?oldid=130578"
Community content is available under CC-BY-SA unless otherwise noted.