Disney Infinity Figures Three Packs are packs of three Figures together, and were released for Disney Infinity. The figures of each pack all have something in common, which is reflected in the name of the pack. (For example, the Sidekicks Pack consists of all the lead characters' sidekicks.) The packs cost $29.99 each.

Due to the fact that the packs did not sell well for Disney Infinity, there were no figure three packs made for its sequel. 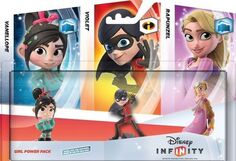 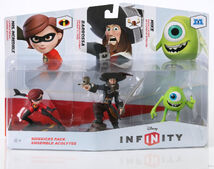 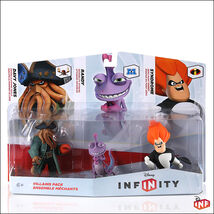 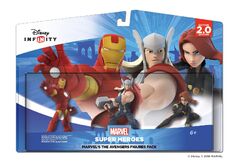 Marvel Triple Pack
Add a photo to this gallery

Retrieved from "https://disneyinfinity.fandom.com/wiki/Disney_Infinity_Figures_Three_Packs?oldid=113154"
Community content is available under CC-BY-SA unless otherwise noted.