Ferb Fletcher is one of the protagonists of the Disney animated television show Phineas and Ferb. He was going to be playable in Disney Infinity 1.0, and was seen in many gameplay videos and trailers for the game, but was ultimately scrapped. The development team chose to make Agent P instead of Ferb because they felt that he was more popular with fans of the show.[1] Despite his cancellation, Ferb still has a costume that can be unlocked from Phineas's Character Chest, and is also mentioned by Phineas in the game.

Ferb, along with Emperor Zurg, has been found in the files of Disney Infinity 1.0, and can be summoned into the Toy Box via a hack. However, unlike Zurg, Ferb does nothing when spawned except stand in place due to the fact that his animations were not programmed into the final game before he was scrapped.

Ferb as seen in the Disney Infinity files

Ferb when spawned in the game via a hack. 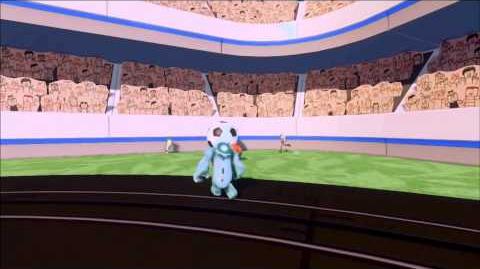