Francesco Bernoulli is a character from the Pixar Cars 2 film. He may be used in:

Francesco Bernoulli can tow objects and other players and cars. Using his skill tree you can make load outs more powerful, give machine guns more ammo, make him jump higher, let him charge his turbo boost quicker, and do faster air tricks.

For more quotes from this character, see Francesco Bernoulli/Quotes. 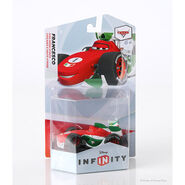 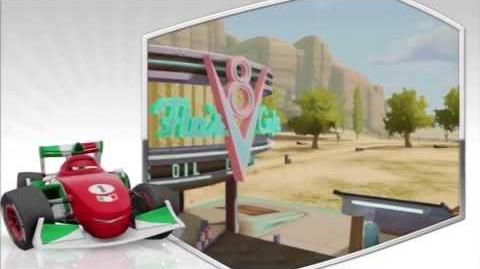