She was revealed to be playable at E3.

Gamora uses her sword to perform melee attacks. For ranged attack, she uses a rifle, which can be upgraded in various ways. Gamora can unlock the Super Jumper and Maximum Strength abilities.

For more quotes from this character, see Gamora/Quotes. 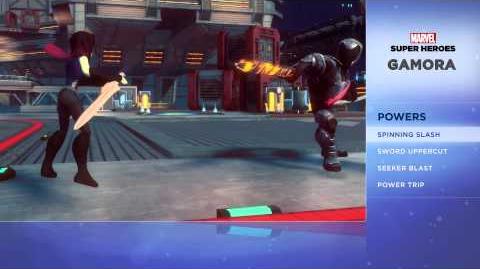