Hawkeye (alias of Clinton Francis Barton) is a character from the Marvel Avengers series. He may be used in:

He is a member of The Avengers, and is playable in Disney Infinity 2.0 in Marvel's The Avengers Play Set and the Toy Box.

Hawkeye uses his extraordinary archery abilities as his ranged attack, where he can shoot five exploding arrows at once (if upgraded in his Skill Tree). He kicks and attacks with his bow in melee combat. Hawkeye has the Tech ability.

For more quotes from this character, see Hawkeye/Quotes. 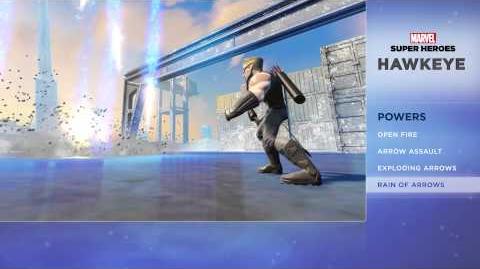 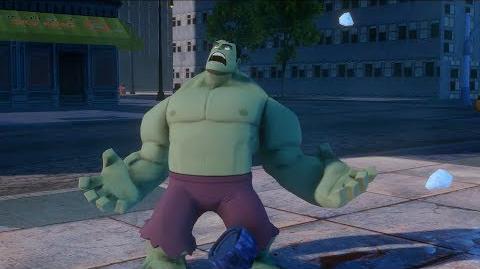