Hiro is a character from the Walt Disney Animation Big Hero 6. He may be used in:

He was confirmed playable when Walmart leaked he could be preordered. He is based off of Hiro Takachiho from Marvel Comics. He was officially revealed on August 27, 2014 in a Toy Box Trailer featuring himself with Baymax. Hiro was released in conjunction with Maleficent, Tinker Bell, Stitch, Merida, Donald Duck, Aladdin and Baymax on November 4, 2014.

Hiro uses the Microbots to attack, by having them swarm together and forcefully go against the enemies in different ways. He can also ride them, to move faster and to damage everyone he rides into. Hiro has the Tech ability, and can also be upgraded to have a Super Jump.

Hiro's Skill Tree is, like all the other playable characters', divided into branches that improve different abilities. Following is a list of all the upgrades in the four different branches in Hiro's Skill Tree, plus the 2 Respenders.

For more quotes from this character, see Hiro/Quotes. 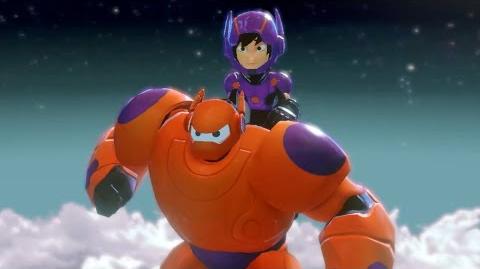