Are you looking for Iron Man?

Hulkbuster (aka Anthony Edward Stark, aka Tony Stark) (alias of Iron Man[2]) is a character from the Marvel Avengers: Age of Ultron. He may be used in:

He was first seen in a promotional image for Disney Infinity 3.0, alongside Ultron and was later confirmed on Toy Box TV [3] and was released on November 2, 2015 in the US. [4] and on November 3rd In Canada.

Most of his abilities are similar to those of Iron Man. His special move will be a missle salvo. [5] he can fly and shoot a repulser from one hand while flying. He has maximum strength and can lift heavy objects a normal or super strength character can't.

For more quotes from this character, see Hulkbuster/Quotes. 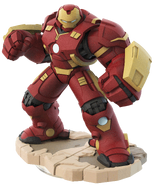 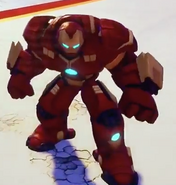