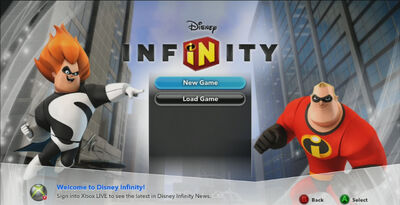 Syndrome is out for revenge again! Gather intelligence, analyze Syndrome's technology, and learn to use Zero Point Energy in an epic final battle over downtown Metroville.

The Incredibles Play Set is one of three Play Set Games available with the Game Piece from the Disney Infinity 1.0 Starter Pack.[1] The game was released on August 18th at launch. It is set in an alternate timeline in which Syndrome is still alive, although it is clear that it takes place after the movie, as Mirage (who used to be a villain) is already good. You play as the Incredible family (Mr. Incredible, Mrs. Incredible, Violet and Dash) in a beat 'em up battle against Syndrome and the Omnidroids.

Syndrome has risen again and released the Omnidroids in Metroville. The Incredibles family then is tasked to take all the Omnidroids down, beat Syndrome and save the day. Along the way, they will do missions for various citizens to earn money to buy new things in the catalog. Various NPC characters will come to help you like Edna Mode and Mirage.

There are a number of activities available in the Play Set:

(in the order listed in the Play Set's Toy Store)

The side of the starter pack Play Set piece featuring the symbol of The Incredibles. 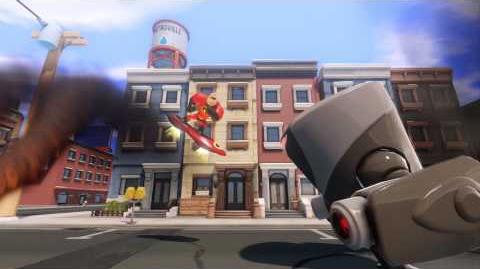 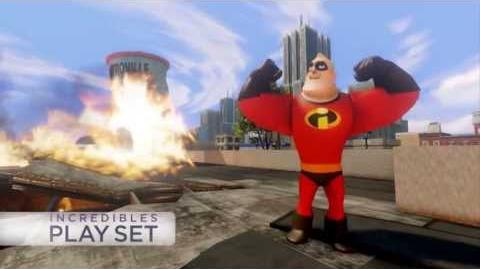 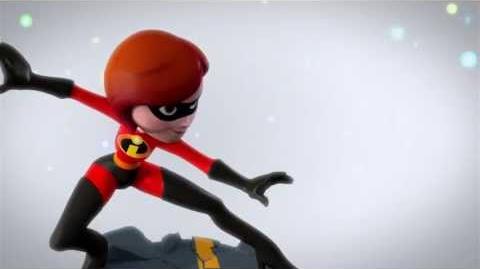 DISNEY INFINITY Mrs Incredible
Add a photo to this gallery

Retrieved from "https://disneyinfinity.fandom.com/wiki/Incredibles_Play_Set?oldid=143079"
Community content is available under CC-BY-SA unless otherwise noted.