Inside Out Play Set 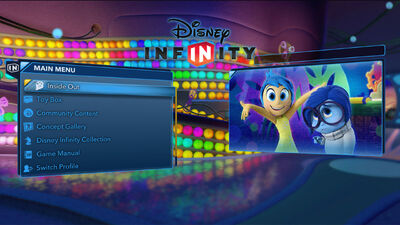 The Play Set Pack features Joy and Anger, (with Sadness, Disgust and Fear as separately sold figures) and was made available on August 30, at the launch of the game.[1][2]

The Play Set is The 5 emotions will have different special abilities, that will make it easier to complete each level:

set after the events of the film. Riley falls asleep on the couch. She accidentally touches the remote, and changes the TV to play a scary movie. This sends her subconsciousness into chaos, with her memories scattered all over Imagination Land. The emotions must return the memories to Headquarters, before Riley wakes up.[3]

This Play Set features 25 different levels, with puzzles and platforming in both 2.5D and 3D.[4] Levels other than the first are initially locked, and must be completed in sequence to unlock the next.

There are several different types of puzzle challenges including:

Additional features on some levels include:

The player must collect the different collectible balloons to get as many points as possible.[7] There are also stars awarded for milestones, such as:

For more game related media, see Inside Out Play Set/Gallery.

The packaging of the play set.

Anger, Disgust, Joy, Fear, and Sadness at Headquarters in the Inside Out Play Set 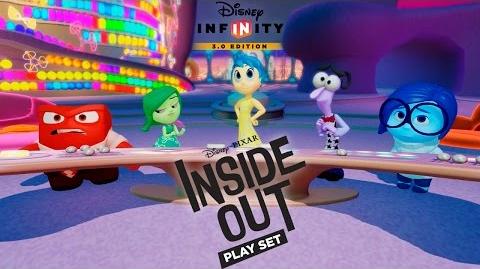