Jack Skellington (aka the Pumpkin King) is a character from the Walt Disney Pictures The Nightmare Before Christmas film. He may be used in:

Jack has a scare ability much like the Monsters University characters. He also comes with Halloween Town Jack-O-Lanterns for long range attacks.

Jack's Toy Box Adventure is called Jack's Nightmare, where he has to survive enemy attacks for three rounds.

His Special Abilities include "Heightened Senses" and "Super Jumper".

Disney decided to make a Jack Skellington figure due to the fact that 2013, the year of Infinity's release, was also the twentieth anniversary of the release of The Nightmare Before Christmas.

According to Jeff Bunker, designing Jack to fit with the art style of Disney Infinity was difficult. The Disney Infinity art style is shorter, thicker Characters, but Jack, tall and thin, is exactly the opposite of this. The team experimented with making Jack shorter and thicker, but they decided to revert him back to his original form. The final version of Jack actually resembles his original design quite a bit, perhaps more than the final version of most characters.

As they do with all Characters in the games, the team worked very closely with Jack's creator Tim Burton to make sure Jack was as good as he could possibly be. John Vignocchi recalled that "Tim was an absolute pleasure to work with. When you’re making the original creator of that character happy, you’re going to make the fans happy."

For more quotes from this character, see Jack Skellington/Quotes.

Jack Skellington in the Toy Box 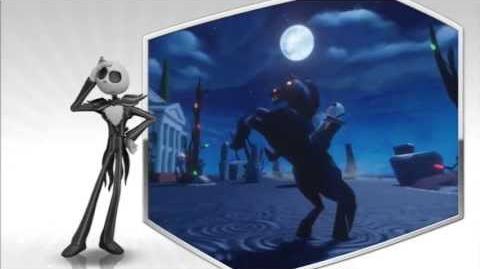 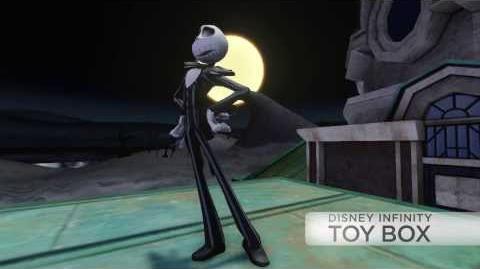 Retrieved from "https://disneyinfinity.fandom.com/wiki/Jack_Skellington?oldid=147599"
Community content is available under CC-BY-SA unless otherwise noted.