Start a Wiki
"Straight from Woody's Roundup, she's a friend to folks and critters alike!"
--Hall of Heroes statue inscription

Jessie is a character from the Pixar Toy Story 2 movie, and is included in the Toy Story in Space Play Set. She may be used in:

Jessie was released on October 22nd.[3]

Just like Buzz and Woody, she can shoulder bash into enemies and throw a small Pixar Ball. Her Special Ability is "Marksman".

For more quotes from this character, see Jessie/Quotes.

Jessie and aliens in the Toy Story in Space play set 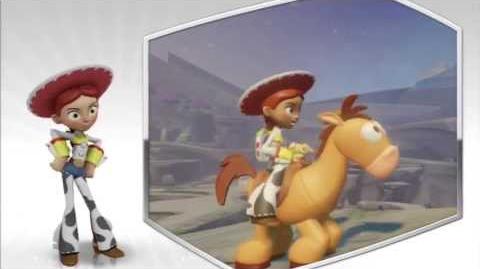