Lightning McQueen (aka Stickers, Rookie) is a character from the Pixar Cars movie, and is included in the Cars Play Set. He may be used in:

Lightning McQueen can tow objects, other players, and vehicles. By spending Skill Points in his Skill Tree, you can allow him to charge the turbo meter quicker, jump higher, and do faster air tricks. For combat, you can also increase his maximum health, increase shield strength and regen rate, and increase the damage, ammo capacity, and rate of fire of any equipped Load-Outs.

Lightning McQueen's skills[3] and abilities[4] include the following:[5]

Regenerating Shields[4] - must be depleted before health is affected

Lightning McQueen does not have any skills that use the Special Move Meter.

Infinite Lightning McQueen was produced as part of the Disney Infinity 1.0 product line, as a special "crystal" (translucent) version of the Character Figure.

For more quotes from this character, see Lightning McQueen/Quotes. 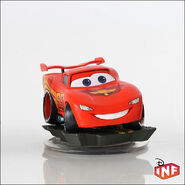 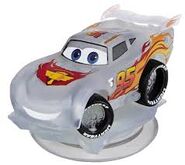 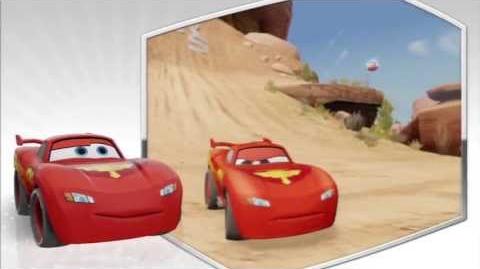 Retrieved from "https://disneyinfinity.fandom.com/wiki/Lightning_McQueen?oldid=138625"
Community content is available under CC-BY-SA unless otherwise noted.