Maleficent is a character from the Walt Disney Pictures Maleficent movie. She may be used in:

She was first spotted during a trailer at the Disney Infinity Marvel Superheroes Live Event, and as later announced to be playable in Disney Infinity 2.0. Maleficent was released on November 4 2014, in Wave 1. [1]. She also has her own power disc called Maleficent's Spell Cast.

In the first edition of Disney Infinity, she appears as a costume based on her appearance in the animated film. This costume is obtained by one of Mickey Mouse's chests.

The design of Maleficent for her Disney Infinity 2.0 playable figure uses the design from the live-action film, Maleficent.

Maleficent is one the most powerful characters of Disney Infinity 2.0. She can cast a wide variety of spells such as shooting magic orbs, summoning a wave of thorn branches and powerful blasts for taking out surrounding enemies. Her Special Move, Diaval's Dive allows her to summon a flock of crows to rain down on many enemies. Maleficent is also capable of Flight with her feathered wings.

For more quotes from this character, see Maleficent/Quotes. 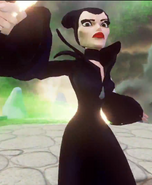 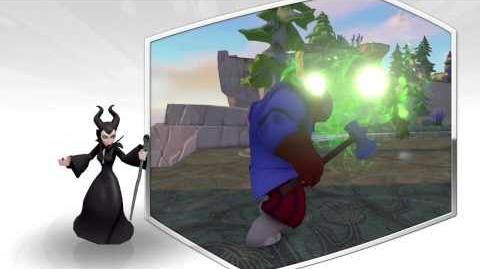 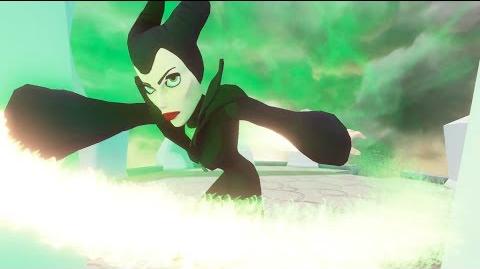