Start a Wiki
"He may be small, but he's the guy to keep an eye on."
--Hall of Heroes statue inscription

Mike (aka Mike Wazowski, Mikey, Googley Bear, Uncle Mike) is a character from the Pixar Monsters, Inc. movie. He may be used in:

A figure for the game was showcased at Toy Fair 2013, and was not in any packaging.[2] Mike was released on August 18th at launch. He is sold both alone and in the Sidekicks Pack.

Mike has the same Basic Abilities as, and shares a number of Common Skills with, other playable characters.

Skills for Mike [4] include the following:[5]

Mike does not have any Skills that use the Special Move meter.
For a complete Skill Tree, see Mike/Skills.
For Disney Infinity 2.0 and 3.0, a Skill Tree calculator for Mike can be found here.

For more quotes from this character, see Mike/Quotes. 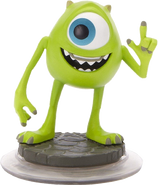 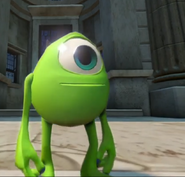 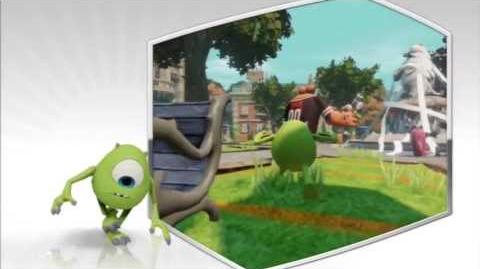 Retrieved from "https://disneyinfinity.fandom.com/wiki/Mike?oldid=132150"
Community content is available under CC-BY-SA unless otherwise noted.