Sail ships on the high seas, choose and customize the crew, and then take part in daring missions on land. Find the mystical treasure before Davy Jones takes control of the seas and every pirate’s fate!

The Pirates Play Set is one of three Play Set Games available with the Game Piece from the Disney Infinity 1.0 Starter Pack.[1] It was released on August 18th at launch.

The story revolves around Jack Sparrow, who has to stop Davy Jones again. Next to Jack Sparrow, you can also play as Hector Barbossa, who is sometimes needed to get further into the level. Along the way, you complete missions of several NPCs like Joshamee Gibbs, Tia Dalma, Pintel and Ragetti. Jack, Barbossa and Davy Jones are all in a race for a toy that can summon the Kraken at will.

As per all play sets, only the characters from the series the play set is from can be played in it.

The side of the starter pack Play Set piece featuring Pirates 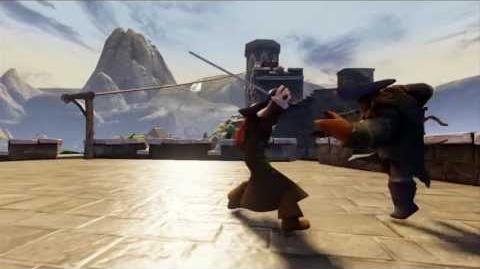 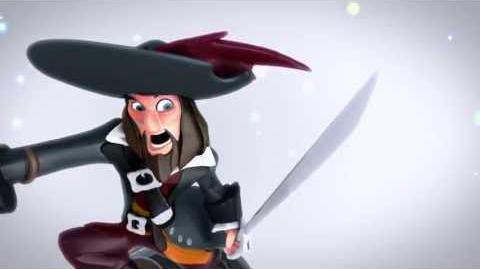 DISNEY INFINITY Barbossa
Add a photo to this gallery

Retrieved from "https://disneyinfinity.fandom.com/wiki/Pirates_Play_Set?oldid=132159"
Community content is available under CC-BY-SA unless otherwise noted.