Start a Wiki
Poptropica is an online puzzle game site for kids. The site's environments had advertisements for Disney Infinity put up shortly before the game was released. After watching the video in the advertisement, users were given a prize. The first prize was "Almost Scary Mike".

The second prize, which became available August 16, was the Hoverboard. When activated, it zipped into view and allowed the user to briefly fly around on it. A third prize is promised to be available August 21st. 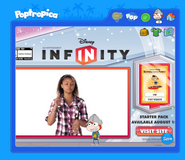 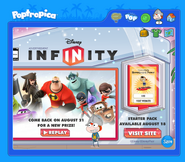 A new prize will be available August 21st 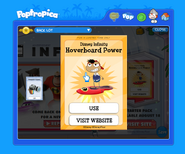 The prize in the items bag 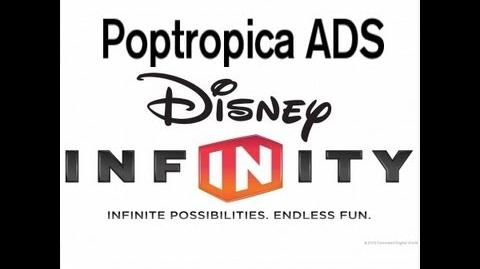 Poptropica AD Disney Infinity
Getting Almost Scary Mike
Add a photo to this gallery
Retrieved from "https://disneyinfinity.fandom.com/wiki/Poptropica?oldid=25546"
Community content is available under CC-BY-SA unless otherwise noted.