Sam Flynn is a character from the Walt Disney Pictures TRON: Legacy. She may be used in:

He was originally exclusive to the iOS and PC versions of the game, and was revealed to be playable when a glitch in a player's Hall of Heroes showed both his and Quorra's statues.[2] His identity was confirmed when an update for the PC edition of Disney Infinity 2.0 added their statues to the Hall of Heroes.[3] 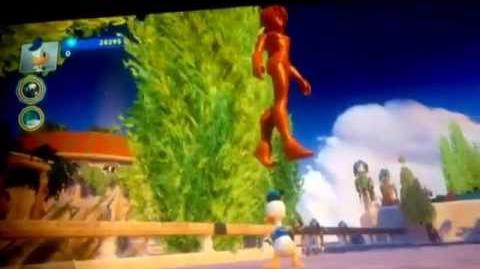