Start a Wiki
Are you looking for Black Suit Spider-Man?

"Your friendly neighborhood wall crawler, at your service."
--Hall of Heroes statue inscription

Spider-Man (alias Peter Benjamin Parker, aka Peter Parker) is a character from the Marvel Spider-Man series, and is included in the Spider-Man Play Set. He may be used in:

Spider-Man uses his Web Line ability for ranged attacks, where he can stun enemies and pull them closer to him. He has a melee combo where he punches, kicks, and attacks with the help of his Web. Spider-Man has the Super Jump, Web Sling, and Wall Crawl abilities.

For more quotes from this character, see Spider-Man/Quotes. 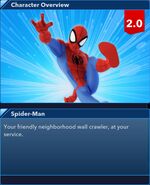 Character overview as seen in 3.0 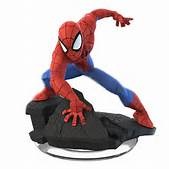 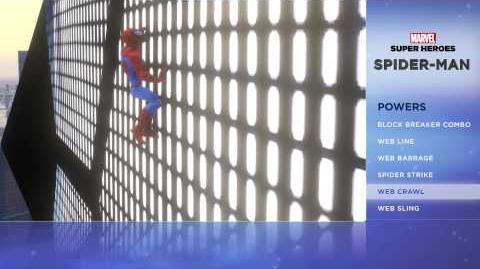