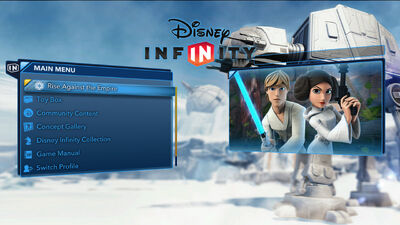 The Star Wars: Rise Against the Empire Play Set is one of the three Star Wars play sets in Disney Infinity 3.0. It comes with Luke Skywalker and Princess Leia. It is based on Episodes IV-VI of the Star Wars saga. It was released at launch as an exclusive to the PlayStation 4 [1] and it was released for all platforms on September 29, 2015 in the US. [2]

The play set is an adventure through the galaxy to stop Darth Vader and the Galactic Empire. It takes the player to three different planets (Tatooine, Hoth, and the Forest Moon of Endor), as well as The Death Star, Jabba's Palace, and other places. It features a finale scene on Hoth where players must defeat AT-AT's in order to save the Rebel base on the planet.[3]

To create this play set, Disney Interactive enlisted the help of Studio Gobo, the company behind the Pirates of the Caribbean Play Set from the first edition.[4][3]

At first, Ninja Theory was tasked with this play set and Studio Gobo with the Star Wars: Twilight of the Republic Play Set. This changed when Studio Gobo came to the Disney team and reminded them that they had been working with Vehicles in their games for a long time. This was where the team realized that they had brought Ninja Theory on board to work with the lightsaber combat, but they had put them in the play set focused on vehicles, and that Gobo were vehicle specialists, but they had put them in the play set driven by lightsaber combat. This prompted the team to switch developers on the play sets.[5]

Differences from the films

The Empire Strikes Back

Return of the Jedi

Luke and Leia on Endor.

Luke fighting a Wampa on Hoth. 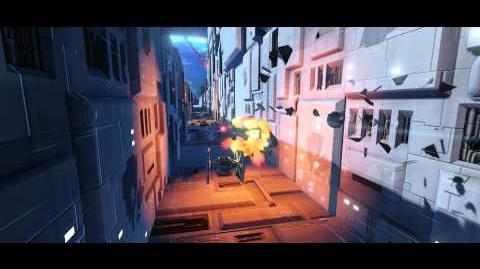