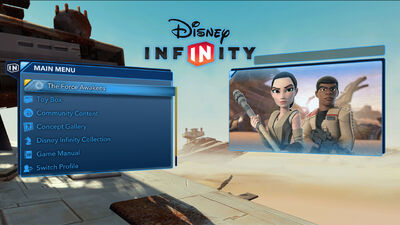 The Star Wars: The Force Awakens Play Set was released on December 18, 2015[1] to coincide with the release of the movie.[2] It was confirmed on Toy Box TV,[3] and includes Rey and Finn.

Differences from the film