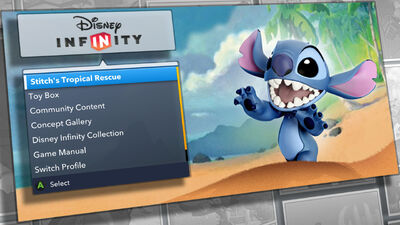 Pleakley told his superiors that Earth ducklings are so cute, if you see one, you would "literally die". Now the United Galactic Federation wants to obtain ducklings to use as weapons. Help defend stacks of duckling crates against a robot invasion.

The game is functionality identical to Assault on Asgard, which is included with the Marvel Starter Pack that includes the Avengers or available for purchase separately. The game is a turn-based Defend game where the player faces progressively more difficult waves of Lilo & Stitch-themed enemies. At the start of each round, the player may place defensive and attack devices at different locations on the map to aid in defeating the enemies.

Stitch trying to save the ducklings

Pleakley explaining ducklings to the Grand Council in the introduction