Tinker Bell is a character from the Walt Disney Animation Tinker Bell movie. She may be used in:

Tinker Bell was first revealed to be in Disney Infinity 2.0 after Walmart posted a preorder for her. She was officially confirmed by Disney on July 16, 2014 alongside Stitch in a trailer. Her appearance is a cross between her dress from "Peter Pan" and her wings from "Tinker Bell" (close inspection in-game will reveal her unique pattern in her wings). Tinker Bell was released on November 4 2014, in Wave 1.[1]

Tinker Bell can attack enemies with pixie dust and make them float as a ranged attack, she can fly using her wings, and she can also heal other players, or even boost her own health. She uses her signature magic wand for combat. Tinker Bell can also unlock the Maximum Strength Special Ability.

For more quotes from this character, see Tinker Bell/Quotes.

Tinker Bell with Peter Pan and Periwinkle in the Toy Box 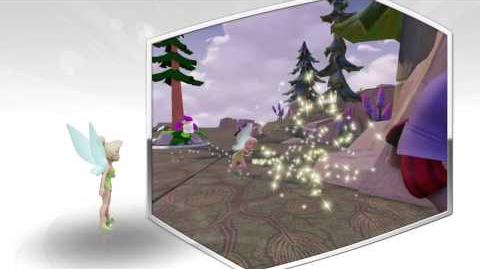 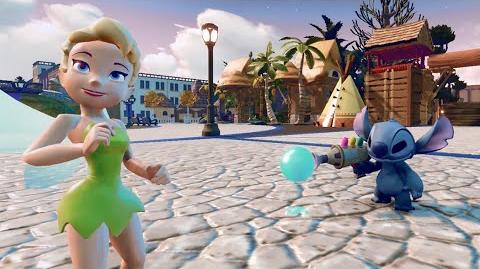