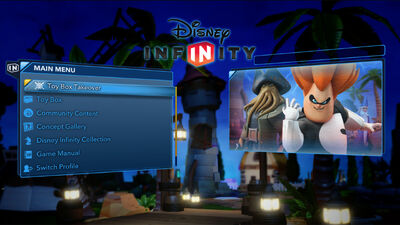 The storyline of this game is that Syndrome from The Incredibles has stolen Magic Wands from Mickey Mouse and Merlin, and has used them to create several zones - all based on Disney, Pixar, Marvel, and Star Wars - and has added villains to them.[5] The player must make their way through each area, continually moving in order to avoid the "Hero Destroyer": a destructive force that continually follows the player, obliterating everything in its path, enemies included. To help, the player has their Sidekick, as well as Merlin to assist them by telling them important information.

It has been estimated to take around three hours to complete.[6]

There are a number of different zones for the player to explore, each of which include a number of Loot Chests. A Loot Chest may award a food item or a random piece of Sidekick Gear, including "epic" quality[7] Sidekick Weapons such as Elsa's Ice Crystal.

Narrator: Three Collectible Coins are hidden in each zone. Collect all three to unlock a special Toy Box toy from that zone.

There are six Loot Chests to be found.

Near the end, after unlocking the cage around a Loot Chest, continue past the rotating spikes, past where the path turns toward the water. Turn the camera to look around the corner.

There are eight Loot Chests to be found.

"A legion of Sidekicks are waiting to be unlocked from the Hero Destroyer! Keep playing to unlock 'em all!"

This zone is randomly generated each time, and consists of three Toy Box levels. The first is a random set of enemies. The second usually involves Syndrome forcing you to fight with a random Pack or Tool while riding a random Mount or driving a random Vehicle. The third is a random boss either being: Barbossa, Boba Fett, Darth Maul, Darth Vader, Davy Jones, Green Goblin, Loki, Ronan, or Venom. Each time you complete the zone you unlock the next Sidekick in the list.

Toy Box Takeover is somewhat different from Escape from the Kyln in several ways. 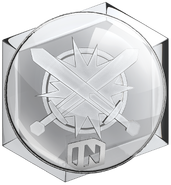 Some of the characters in a "Pirates of the Caribbean" themed area.