Ultimate Falcon is a Costume Change Disc which, when placed under Falcon on the Disney Infinity Base, changes Falcon's appearance to his outfit from the movie Captain America: The Winter Soldier. It may NOT be used in Editions earlier than 2.0.

It was supposed to be released March 24, 2015 but was pushed to March 27. It is exclusive to North America and was released in a special pack alongside Marvel Team-Up: Capt. Marvel.[1]

On March 28th and 29th 2015, the special pack containing Captain Marvel, and Ultimate Falcon, could be obtained at GameStop for free with a purchase of $10 or more of Disney Infinity content. 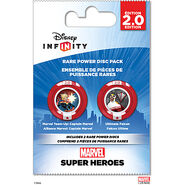 The pack containing the disc and Marvel Team-Up: Captain Marvel. 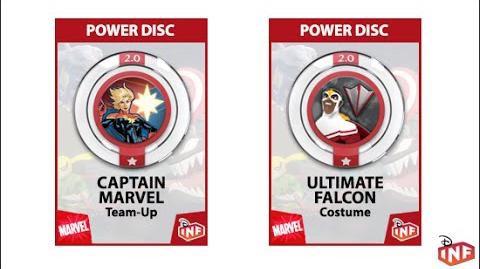 Retrieved from "https://disneyinfinity.fandom.com/wiki/Ultimate_Falcon?oldid=134581"
Community content is available under CC-BY-SA unless otherwise noted.