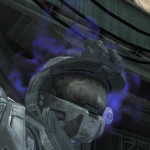 Currently (if my last audit was correct) have the entirety of Disney Infinity for both Xbox 360 and Xbox One, with the following exceptions:

Current experience bonus in Disney Infinity 3.0 for Xbox One: 439.5% \o/
(obtained multiple of some items while collecting; scanned into game before re-homing)

Retrieved from "https://disneyinfinity.fandom.com/wiki/User:UNSC_Jon_117?oldid=147315"
Community content is available under CC-BY-SA unless otherwise noted.