Vanellope (aka Vanellope Von Schweetz, Princess Vanellope, The Glitch, Kid) is a character from the Walt Disney Animation Wreck-It Ralph. She may be used in:

She was released as a Target exclusive on November 24th. She was later released with Violet and Rapunzel in the Girl Power Pack, with Wreck-It Ralph in the Wreck-It Ralph Pack, and as a single character pack on December 10th, 2013.

Even being small, she is a surprisingly strong character, especially after 1.0. She can charge into enemies with her glitch powers as well as throw Vanellope's Cherry Bomb as a ranged attack, and a 'sugar' shield. Her Special Abilities include "Marksman" and "Tech Specialist".

For more quotes from this character, see Vanellope/Quotes. 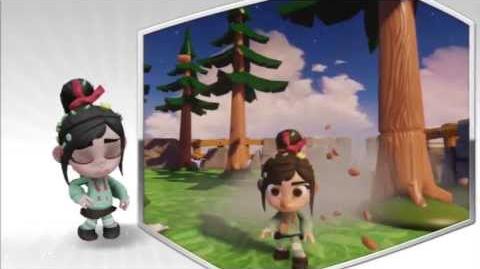 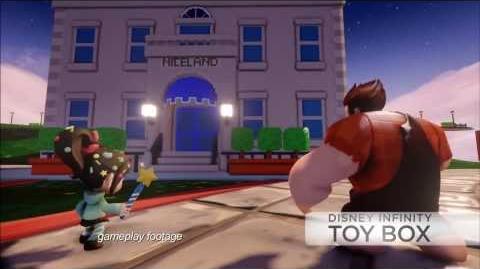 Retrieved from "https://disneyinfinity.fandom.com/wiki/Vanellope?oldid=145308"
Community content is available under CC-BY-SA unless otherwise noted.