Violet (aka Violet Parr) (alias of Invisigirl) is a character from the Pixar The Incredibles. She may be used in:

She was released on August 18th at launch and re-released alongside Vanellope and Rapunzel in the Girl Power Pack.

While in two player, the second player is unable to see Violet in any way while she's invisible. This was removed starting in 2.0, leaving her outline visible while under her invisibility, making her a lot easier to spot.

Violet has the same Basic Abilities as, and shares a number of Common Skills with, other playable characters.

Skills for Violet [2] include the following:[3]

Violet does not have any Skills that use the Special Move meter.
For a complete Skill Tree, see Violet/Skills.
For Disney Infinity 2.0 and 3.0, a Skill Tree calculator for Violet can be found here.

For more quotes from this character, see Violet/Quotes. 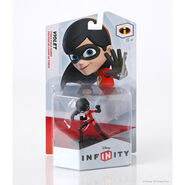 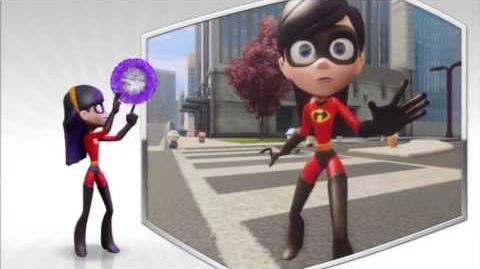 Retrieved from "https://disneyinfinity.fandom.com/wiki/Violet?oldid=140163"
Community content is available under CC-BY-SA unless otherwise noted.