Yondu is a character from the Marvel Guardians of the Galaxy. He may be used in:

He is a playable character and has a Team-Up Disc in Disney Infinity 2.0. He was revealed to be playable when someone got 2.0 early and found him in the Hall of Heroes. He was officially revealed by Disney on September 11th, 2014,[1] and released in 2015.[2] [3]

Yondu's Skill Tree is, like all the other playable characters', divided into branches, that improve different abilities. Following is a list of all the upgrades in the four different branches in Yondu's Skill Tree, plus the 2 Respenders.

For more quotes from this character, see Yondu/Quotes. 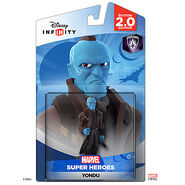 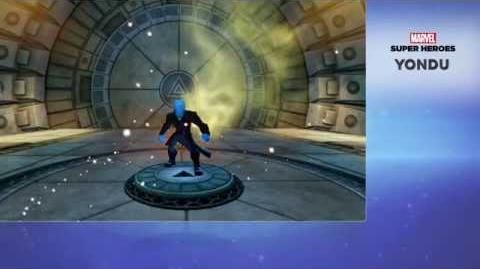